Our fanart Poppy Playtime Bron the Dinosaur cursor pack features a toy created by Playtime Co. This character made his debut in Chapter 1: A Tight Squeeze of Poppy Playtime, who appeared in the Storage Facility in Chapter 2: Fly In The Web in his monster form, acting as an obstacle to overcome. He appears as a large, bright red Brontosaurus with a rounded head, small black eyes, a long neck, a rotund body, four stubby limbs with three blue toes, and a long tail with a sharp pointed tip. 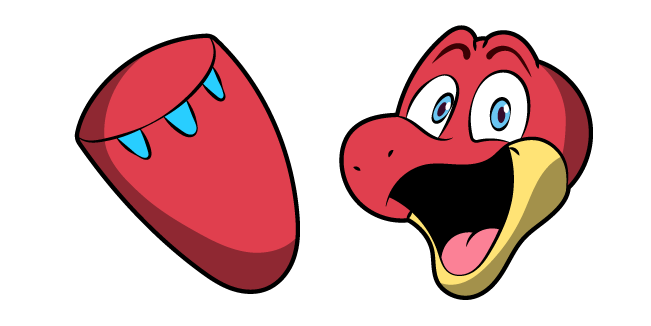