Mara is a Warcom operator of the Coalition faction featured in Call of Duty: Modern Warfare and Call of Duty: Warzone. Mara was released during Season One of Modern Warfare as part of the Battle Pass. She is a venezuelan national turned CIA asset at 15; she was provided intel for US to launch in-country covert ops against AQ sleeper cells. And also she volunteered for US SOF training. Call of Duty cursor pack with fanart Mara Kawaii Cat cursor. 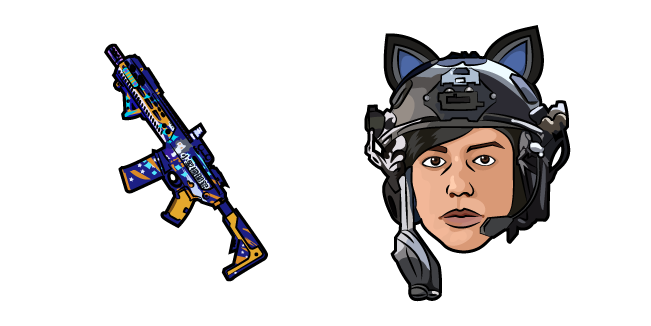 Курсор A Hat in Time The Conductor and Walkie Talkie