Countess Alcina Dimitrescu aka Lady Dimitrescu, was a mutant human aristocrat in the Resident Evil game. Until her death, she maintained a pseudo-feudal rule over the peasantry near Castle Dimitrescu as one of the Four Lords of the region. For more than sixty years, Dimitrescu was feared by the locals over allegations of mass murder and cannibalism, which were later found to be true. She was killed by Ethan Winters after conspiring with Mother Miranda in the abduction of his daughter Rose. Resident Evil cursor pack with fanart game cursor Alcina Dimitrescu. 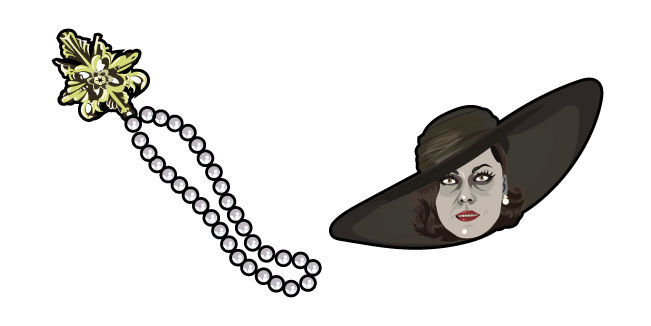 Курсор A Hat in Time Snatcher