Cuphead is the playable character from his own mod named A Noisy Adventure in the world of Friday Night Funkin'. His head is depicted as a wide cup with what seems to be some sort of liquid inside, topped with a red and white striped straw. His face consists of eyes that are very close together with black pie-cut pupils, and a small red nose. He always has a determined expression in the face of danger. Friday Night Funkin' cursor pack with fanart Cuphead game cursor. 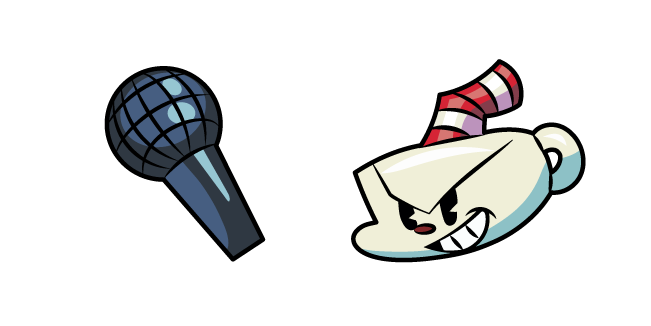