Tabi is a character created by Homskiy. He is the ex of Girlfriend, who is actually goat. Well, not totally, only head, the rest of the body is human. This character was originally a successful rapper before realizing he was being used by Girlfriend and her father for their own gain, until later being kidnapped and leaving him as the way he is now. Friday Night Funkin' cursor pack with fanart Tabi cursor. 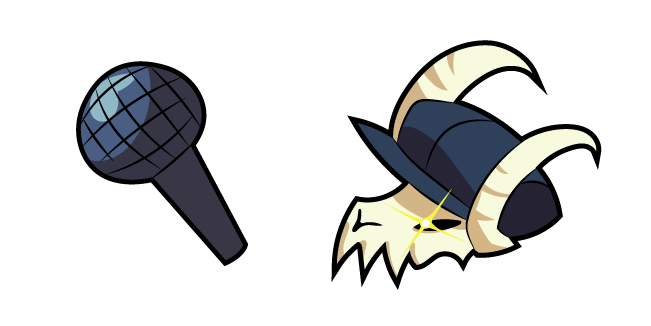