Launchpad McQuack is introduced as Scrooge McDuck's pilot but later was featured as Darkwing Duck's sidekick in the crossover television series. He is shown to be one of the tallest and bulkiest anthropomorphic animals in the Disney Universe. He is dressed like an old-fashioned pilot, with a scarf, goggles, a helmet, baggy pants, boots designed for big, webbed feet, a belt, and a leather jacket. DuckTales cursor pack with fanart Launchpad McQuack cartoon pointer. 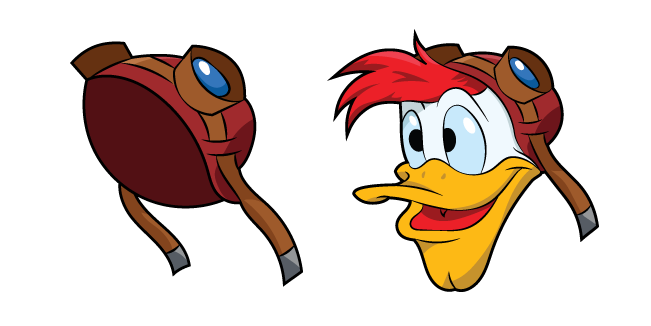 Курсор DuckTales May and June