This young, male bear cub with messy brown fur is Jasper Grunkwitz, a young Selkie as well as the natural son of Ursula and King Zøg and the younger half-brother of Queen Bean and Prince Derek. He is a magical shapeshifting species. Jasper is short-tempered and shown to be jealous as with Derek. Sometimes, he can be shown to be emotional, when he thought Ursula had died. Disenchantment cursor pack with fanart Jasper cartoon cursor. 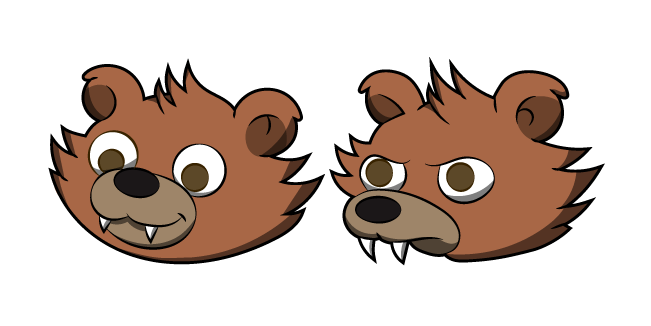