Djimmi The Great is a flying boss fought in Inkwell Isle Two, which encounters in the level Pyramid Peril. He is shown as a muscular red genie wearing a turquoise vest, and a turban the same color as his vest that has a red gem and a large white feather on it. Djimmi is almost always seen with his cob pipe clenched between his white teeth. Cuphead cursor pack with fanart Djimmi The Great game pointer. 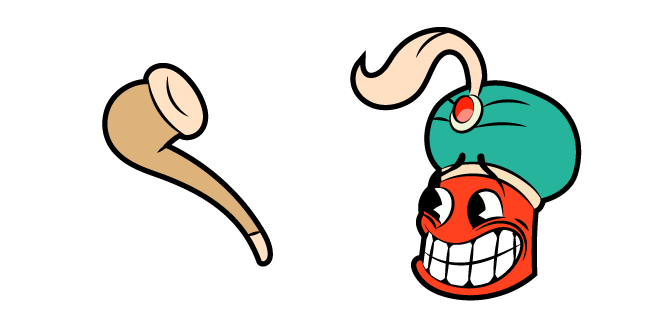