Mac is a character in Inkwell Isle One, where he is sitting at the end of the bridge. He is an anthropomorphic apple character with a green nose, a single leaf, and a noticeable bite mark from the right side of his head. In The Cuphead Show cartoon, his eyes were changed to yellow when surprised or scared. He has a full body wearing yellow and green clothing, brown shoes, and white gloves. Cuphead cursor pack with fanart Mac game cursor. 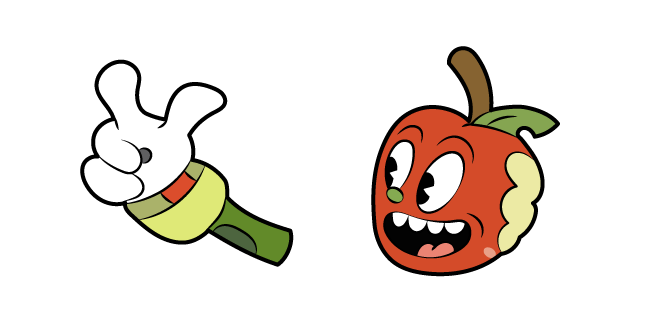