Our fanart Castle Crashers Bear cursor pack features one of the 31 Playable Characters in the game Castle Crashers whose magical attacks are Non-Elemental and whose starting weapon is the Club, also known as the Bear Club and Wooden Club. The specialties of this character are advanced combo locking and ultimate juggling. Bear has an appearance of a bloodied white bear with a mark on its forehead and a red tail and ostensibly appears not to have anything but limb armor. 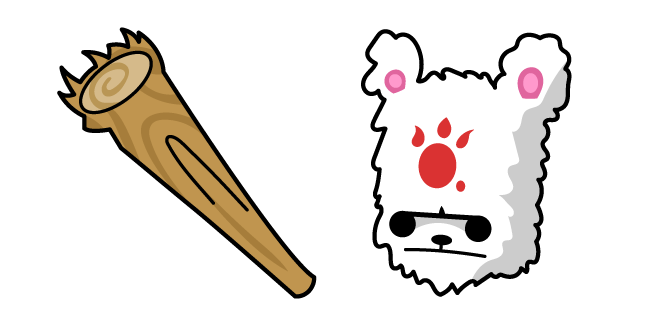