Курсор The Grim Adventures of Billy and Mandy Grim Reaper

Our fanart The Grim Adventures of Billy and Mandy Grim Reaper cursor pack features an undead skeleton personification of Death, who speaks with a Jamaican accent. After having lost to Billy and Mandy after Mandy cheated in a limbo contest over the soul of Mr. Snuggles, this character is now forced to be their best friend forever. Grim is often stuck with cleaning up the consequences of mishaps that are in no small part due to Billy's stupidity and lack of common sense. 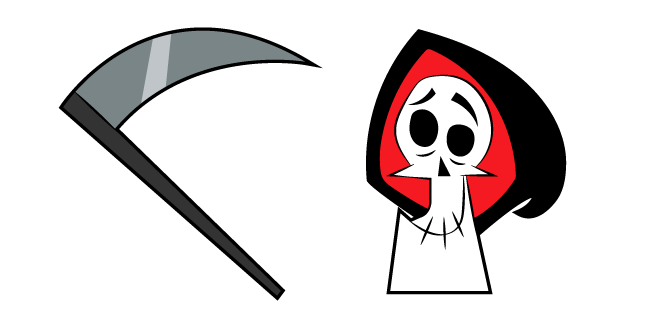 Курсор Alphabet Lore A and B

Курсор Cloudy with a Chance of Meatballs Leek