This look of Felonious Gru appeared in Minions: The Rise of Gru. As a child, he had always dreamed of going to the moon and even made his own prototype rocket from macaroni and an actual working prototype rocket. He was also always bullied by other students, one of these events made him afraid of even asking a girl for a date which probably caused him the trauma that lead him to become evil eventually. Minions cursor pack with fanart Young Gru cartoon cursor. 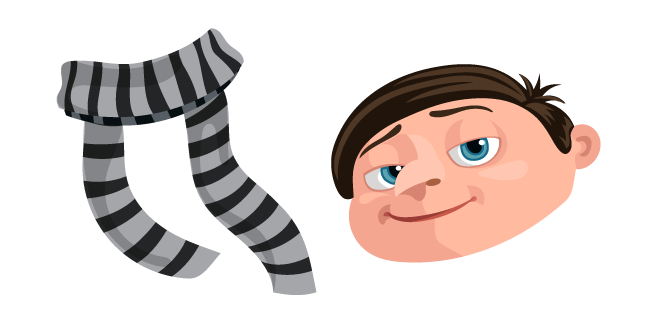