Obyn Greenfoot is another great hero in the game series Bloons TD 6. He specializes in nature-based attacks and weapons. His main attack launches spirit wolves at Bloons. This attack homes in on Bloons, can travel through objects, and pierces up to 4 bloons before disappearing, initially dealing 2 damage every time it hits a bloon. A fanart Bloons Tower Defence game cursor with Obyn Greenfoot. 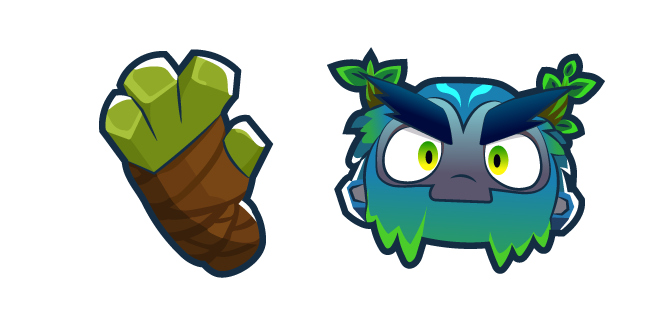