Roboty is introduced as a male contestant on Battle for BFDI, where he was one of the 30 recommended characters who had a chance to join the game during The Reveal and Reveal Novum. But anyway, he failed to get into the game, receiving only 2 votes, which was the least and placed him 30th. He is depicted as a large, red, limbless robot with an antenna, whose metal body is scarlet and whose eyes are jade green. Battle for Dream Island cursor pack with fanart cartoon cursor Roboty. 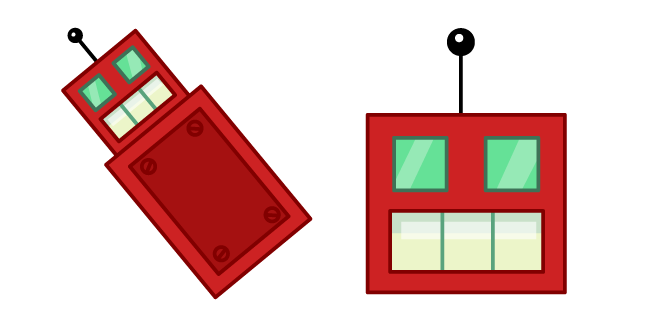