Bomby is a male contestant in Battle for Dream Island Again, IDFB, Battle for BFDI, and The Power of Two. In BFDIA, he was a member of Team No-Name but later switched to W.O.A.H. He enjoys eating food most of the time, and he is often seen holding a slice of strawberry cake and a banana. He is currently competing in TPOT on Just Not. He is a fuse bomb from cartoons with a round black-grayish body and a beige fuse. Battle for Dream Island cursor pack with fanart pointer Bomby. 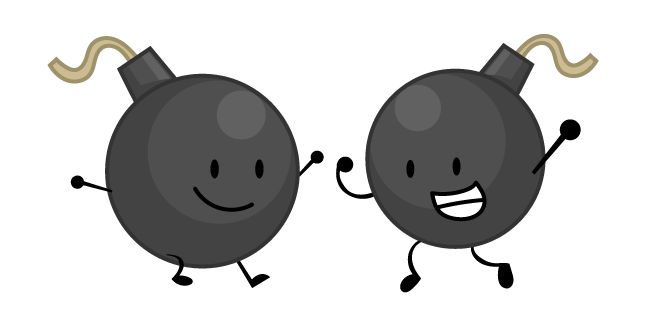