Boombox is a recommended character, fan character offered by fans of the series, that lives in Yoyleland which advertised the Leafy Detector, used to find Leafy. It was recommended by Anko6, who is the creator of another object show called Brawl of the Objects, which Boombox was in. He is colored in brown, grime, gray, dark gray, black, dark brown. Battle for Dream Island cursor pack with fanart Boombox cartoon cursor. 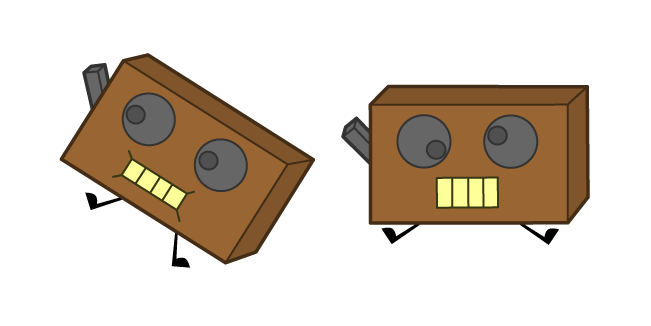