Ms. Sara Bellum is the top aid and brains behind the Mayor of Townsville and a loyal ally of The Powerpuff Girls, periodically giving them womanly advice. She is the Mayor's loyal secretary, and deputy, and like the Mayor himself believes that she really is the head of Townsville. She handles most of the Mayor's priorities, due to his general ineptness. Bellum is a tall woman with tan skin and curly, red hair. Powerpuff Girls cursor pack with fanart cursor Ms. Sara Bellum. 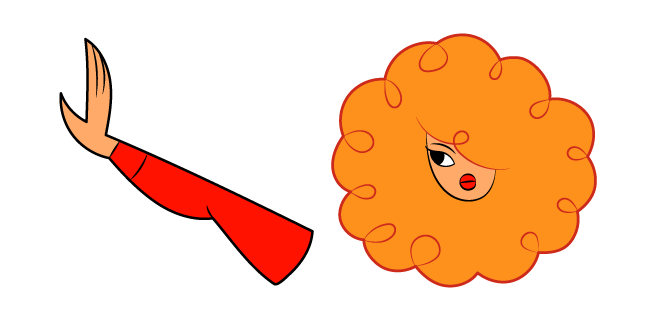