The pig from our fanart Angry Birds Foreman Pig cursor pack, also known as Moustache Pig, Grandpa Pig, or Boss Pig, is the secondary antagonist of the Angry Birds series. Foreman Pig is a member of the Piggy kingdom. His original design depicts him as a wide, oval-shaped, lime-colored pig with two large eyes with black pupils and a large orange mustache underneath his snout. Also, he had two floating, white eyebrows, though they were later changed to orange ones. 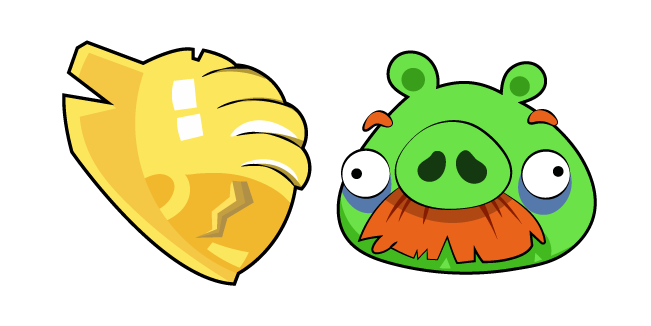