Thomas Sanders is an American YouTuber and entertainer who was known for making videos using the now defunct video hosting service named Vine. There, he was posting impressions of Disney characters known as Disney Pranks with Friends. Currently, he is posting a scripted series called Sanders Sides, where he explores the world and himself with the help of personified aspects. YouTuber cursor pack with fanart Thomas Sanders. 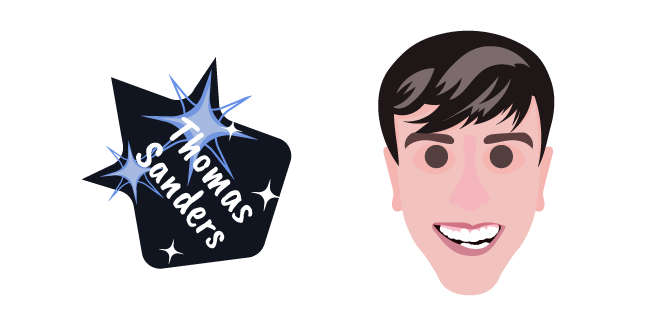