Ghoul is Dark Phantom's sidekick, who first appeared in The VVV, where is shown to be a half-human half-fish hybrid as evident where he has fins that sticks out in his head as if they were his ears. He also wears a lot of blue-colored clothing such as his hood, his gloves, and his belt, while his uniform, jeans and shoes are black. His white hair growing out and covering his right eye. Villainous cursor pack with fanart Ghoul cartoon pointer. 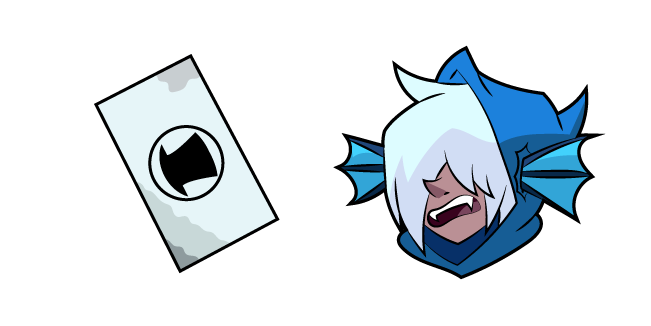