Here is the leader and founder of the Black Hat Organization. He resembles a villain Count Bleck from the video game Super Paper Mario, namely in the sharp teeth, monocle on their left eyes, large top hats, formal attire, and of course in the fact that they are both evils. Black hat also holds a black cane. Despite being a villain, he is referred to as a hero in the OK K.O.! Let's Be Heroes episode Crossover Nexus. Villainous Black Hat cartoon cursor. 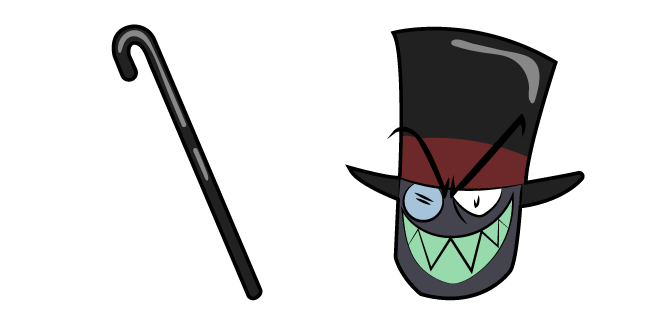