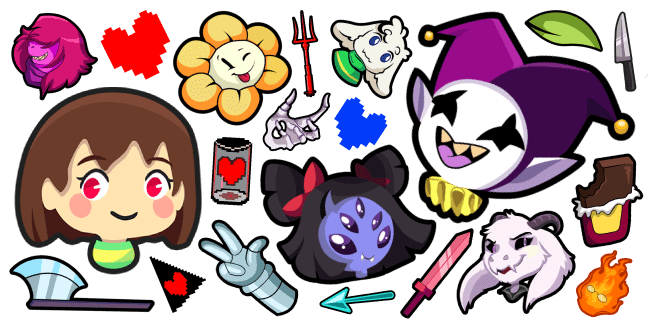 The Undertale and Deltarune popularity is hard to explain. A strange and complex little game, with a ton of references to the classic JRPGs, unpretentious graphics and a fabulous storyline, was well welcomed by both critics and players. No one expected new revelations from Toby Fox, the author of Undertale. But he released Deltarune a full-fledged first chapter with 2-3 hours of gameplay with a finished plot, working mechanics, and even a secret boss. What is even more strange is the fact that with the help of the first episode, Toby Fox, questions the audience, tries to understand what they want to see next.

The Delta Rune's storyline is about Kris, who lives in the monster town with Toriel, one of the central characters of the original game. Both Undertale and Deltarune are so mixed together and in the same moment, they are worlds apart. Same simplified graphics, some key elements but a truly different storyline and game. The original Undertale monsters and characters were simply replaced with light and darkness. Moreover, the main types of heroes migrated to Deltarune: there is also its own Papyrus, and Mettaton, and, with some refinements, its own Undyne.

In our Undertale and Deltarune collection of fanart cursors, we have combined those two wonderful games and their worlds. Favorite characters now available as cursors, such as Undertale Sans cursor, Deltarune Lancer cursor, Frisk and Chara cursors from Undertale, and much more fanart and our own cursors.