Everyone knows that the cat was a sacred animal that was worshiped in Ancient Egypt because it was a symbol of the sun and fertility. The ancient Egyptians respected cats because they were considered divine beings, which is why some Egyptian deities were depicted with cat heads and symbolized fertility, justice, and power. Thus, there were a large number of cat-headed goddesses, many statues, and drawings. The travel cursor and animal pointer with Egypt Cat! 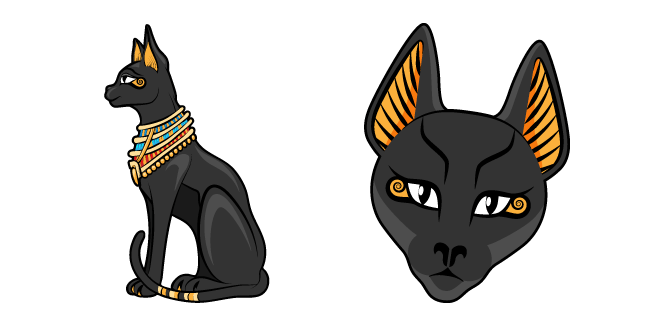