William "Billy" Hargrove is the hero of the American TV series Stranger Things, which first appeared in the second season. Billy Hargrove is Maxine Mayfield's older step-brother, and he works as a lifeguard in the Hawkins pool, where the series takes place. In appearance, Billy is a handsome muscular guy and even has his own car, which is why he attracts many girls at school. Do you like the sci-fi series Stranger Things, especially the character Billy Hargrove? Then this cool custom cursor Stranger Things Billy and Whistle for you! 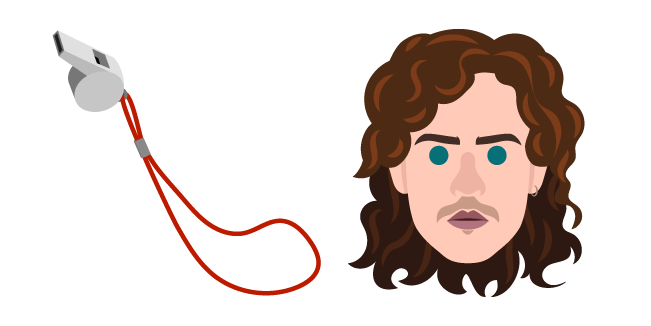