The character from our fanart Steven Universe Rose Quartz and Shield cursor pack was the founder and former leader of the Crystal Gems in the animated series. Unrevealed to everyone, her identity as Rose Quartz was a mask to hide her true identity as Pink Diamond. She later got into a romantic relationship with the human named Greg Universe before giving up her physical form to give birth to their son Steven, who inherited her gemstone, thus making her part of him. 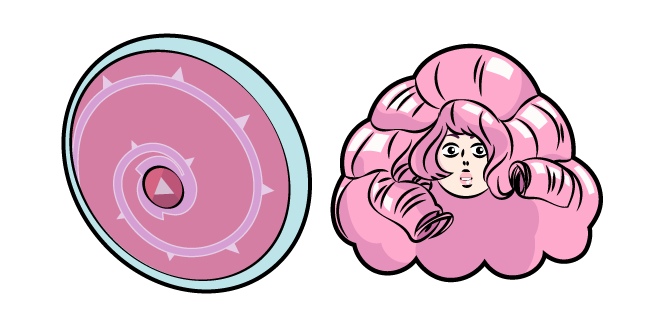