Badminton is a game sport originally from India, which is included in a Summer Olympic sport. The goal of each player is to throw the shuttlecock with the racket on the opponent's side so that the opponent cannot beat it off. Badminton is often played outdoors in the courtyard or on the beach, while formal games are played on an indoor court. Playing badminton develops agility, speed, strength, endurance, and accuracy. The sports cursor for a mouse with Badminton! 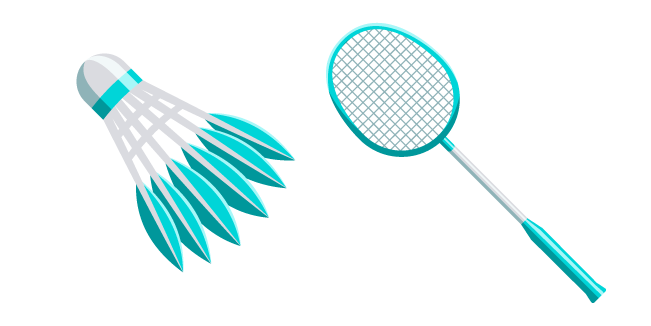