The lovely woman from this fanart The Simpsons Maude Flanders cursor pack was the main character in The Simpsons, the first wife of Ned Flanders and the late mother of Todd and Rod Flanders. This character was a devout Christian who once attended a Bible camp to learn to be more judgmental, although she isn’t as preachy as her husband. She died after being struck by a barrage of shirts fired from t-shirt cannons at the Springfield Speedway in the Alone Again, Natura-Diddily episode. 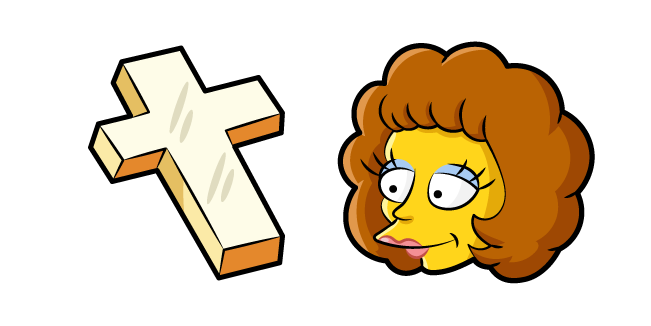