Pokedex states that Dratini is a dragon-type pokemon that appeared first in generation one and is usually known as Dragon Pokemon. Pokemon Dratini evolves to Dragonair pokemon at level 30, and to Dragonite at level 55. Dratini is a serpentine Pokémon with a blue body and a white underside. It has white, three-pronged fins on the sides of its head and a white bump on its forehead, which is its horn growing. A Pokemon cursor with Dratini and Dragonair. 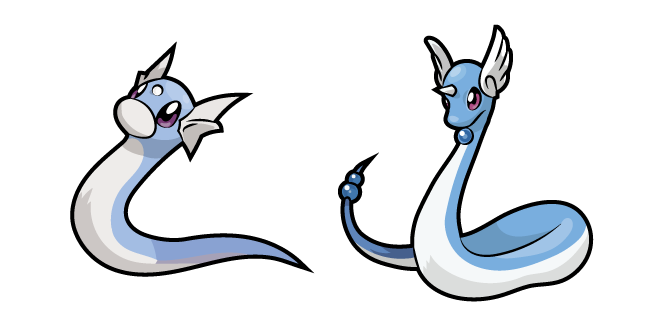