Fire Peashooter is a recurring plant from the arcade game Plants vs. Zombies that attacks flaming peas and is capable of emitting heat that thaws out frozen or chilled plants. Fire Peashooter looks like a Peashooter with a red appendage in the form of a head, four green leaves, and there is a yellow-orange light on the back. The flaming pea of this plant has great damage and the ability to destroy zombie armor in one hit. The PVZ cursor and game pointer with Fire Peashooter and Flaming Pea! 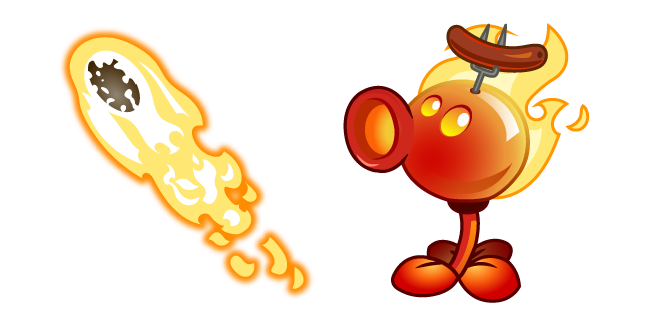 Plus de Plants vs. Zombies collection