Lilith Clawthorne is Eda's older sister, ex-leader, and historian of the Emperor's Coven. She is the total opposite of her sister's personality - loyal, devoted to the laws of magic, the most honorable and respected witch on the Boiling Isles. But Eda is much more powerful and because of this jealousy, Lilith cursed her. Later she was very ashamed of her act and started working on a cure. Disney Cartoon cursor with The Owl House Lilith Clawthorne and Staff. 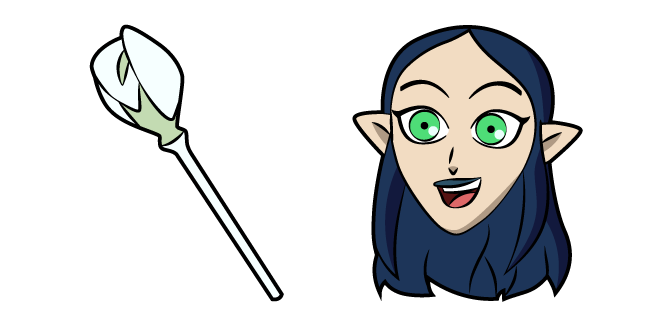 The Owl House Keeper of the Looking Glass Graveyard Curseur