Hunter aka the Golden Guard is an antagonist of The Owl House, who was the right-hand man of Emperor Belos and the former head of his Coven. He has a fair complexion, pointed ears, a slightly hooked nose, dark magenta eyes, thick black eyebrows, and bags under his eyes. He has a notch on his left ear and scars on his right cheek, upper left arm, and two on his right kneecap. The Owl House cursor pack with Hunter fanart cartoon cursor. 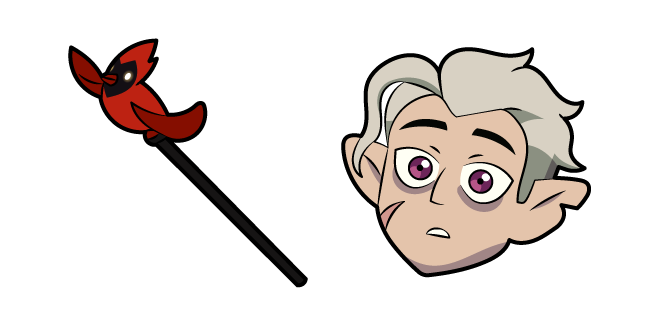 The Owl House The Collector Curseur