Gol D. Roger aka Gold Roger is captain of the Roger Pirates, who conquered the Grand Line, holds the title of Pirate King, and possesses the legendary treasure One Piece. Angry Roger is violent, selfish, and irritable, but his actions seem to be pure and straight like a child's. Roger has his sword Ace - a cutlass that was serving as his trademark weapon. The One Piece cursor with Gold Roger and Ace Sword. 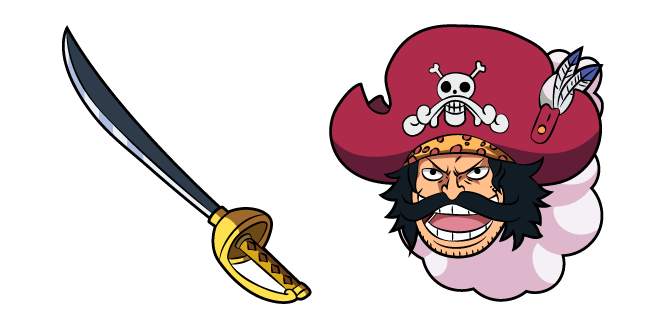 Plus de One Piece collection

One Piece Perona and Umbrella Curseur

One Piece Oden and Ame no Habakiri Curseur

One Piece Nico Robin and Hana Hana no Mi Curseur

One Piece Cavendish and Durandal Curseur