One Piece Perona and Umbrella Curseur

Ghost Princess, also known as Perona, is the former commander of the Wild Zombies and Surprise Zombies of Thriller Bark before its collapse. The girl from our fanart One Piece cursor pack with Perona and Umbrella anime pointer was one of the Mysterious Four and one of the main antagonists of the Thriller Bark Saga. After the defeat of Gecko Moria's army and during the time skip, she begrudgingly helped and cooperated with Roronoa Zoro while in Dracule Mihawk's home on Kuraigana Island. she has long, light pink hair that she keeps tied into two pigtails with black and white flower hairpins. She wears a red crown with a black cross on her head. 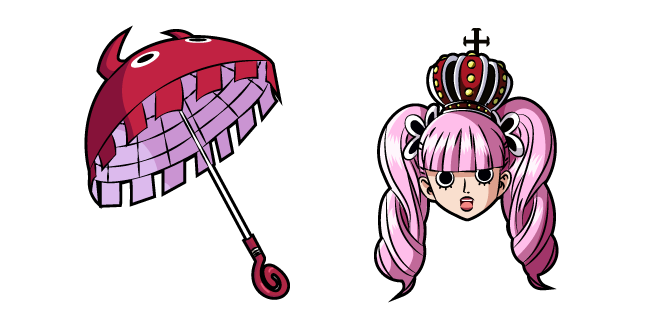 Plus de One Piece collection

One Piece Sabo and Pipe Curseur

One Piece Yamato and Kanabo Curseur

One Piece Kaido and Kanabo Curseur