Cosma is shown as an antagonist and villain of OK K.O.! Let's Be Heroes. She debuted in the episode Stop Attacking the Plaza. Cosma is a tall, reptilian creature with orange scales and large, prominent yellow eyes, blue eyeshadow, and a short snout. She also has medium-length tawny hair and two orange spikes on either side of her head protruding from beneath her hair. OK K.O.! Let's Be Heroes cursor pack with Cosma cartoon cursor. 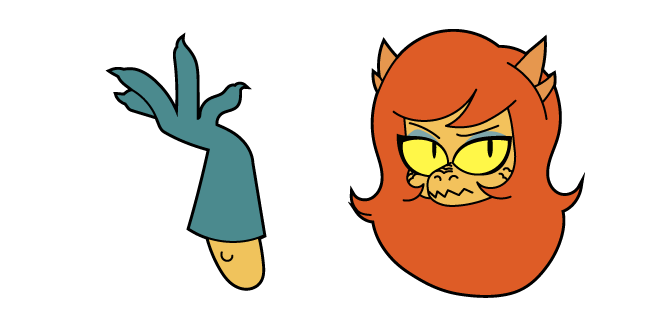