We decided to make a famous on the whole world blue alien named Stitch aka Experiment 626, who is made illegally, genetically engineered, and is an extraterrestrial life-form resembling a blue koala. But what we see here - it's a cute blue creature that wants to make world chaos and disaster, but instead, he makes everybody say Awww. So we can state, that this evil experiment was failed. But our experiment with Neon cursor Stitch isn't failed. 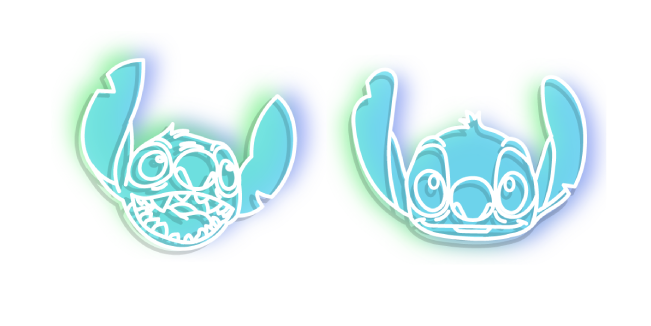