An axolotl is an aquatic amphibian creature that lives in Lake Xochimilco in the south of Mexico City. The axolotl is a salamander that can regenerate its body parts. Some people even called it the Mexican walking fish, but in reality, its name is formed from the words: atl - meaning water, and xolotl - meaning dog. There is even a legend that Xolotl, a dog-headed Aztec deity transformed himself into a salamander to hide. But we found him in our Neon cursor collection with Neon Axolotl cursor! 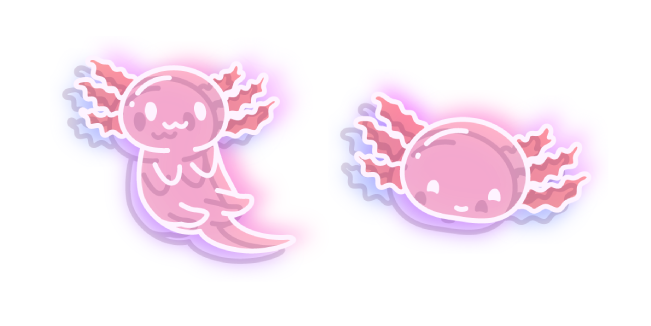