Deidara is the hero of the interesting anime series and manga "Naruto". Deidara was a rank-S ninja apostate from the Hidden Stone. During his stay in the village, he was a member of the Explosion Corps. After leaving it, Deidara was forced to join Akatsuki and was the youngest there. He is an impulsive demolition man who believes blasting is a real art. Deidara has mouths on his palms, so in close fight, he prefers to kick. If you like anime series "Naruto", then we recommend adding this cool custom cursor for a mouse with Naruto Deidara and Hand. 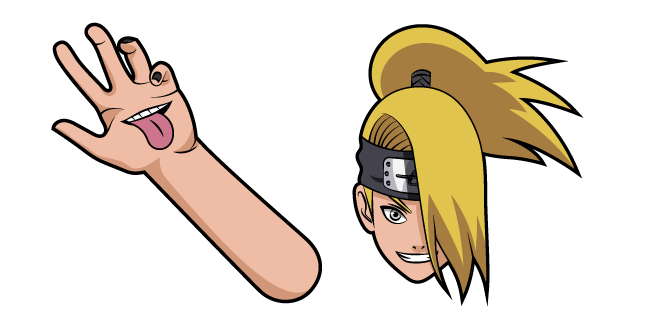