Our fanart My Little Pony Soarin cursor pack represents a male Pegasus pony and a member of the Wonderbolts. He made his debut in a cameo appearance in The Ticket Master and later made another one in The Best Night Ever, where he buys an apple pie from Applejack. This character features light blue skin and a dark blue mane. Currently, Soarin is the commander of the Wonderbolts and has been the captain of the Wonderbolts in the past. 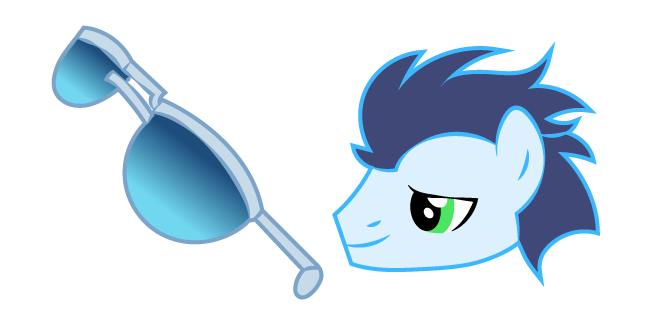