Our fanart My Little Pony Cozy Glow cursor pack represents a female school-age Pegasus pony who first appears as a supporting character in the season eight episode Marks for Effort. She later became the main antagonist of the finale School Raze and one of the main antagonists of the season nine final with the name The Ending of the End. She features a salmon-pink coat, curly light blue mane and tail, scarlet eyes, and a cutie mark of a rook. 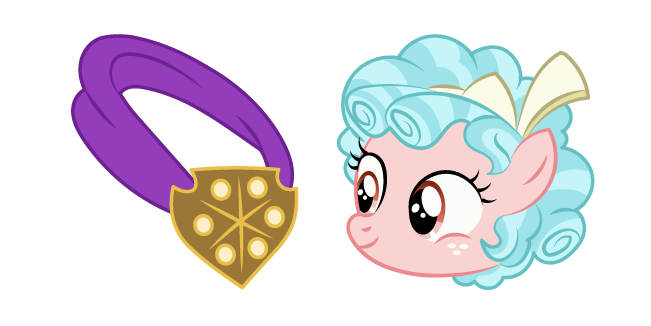