Peter Gene Hernandez known as Bruno Mars, is an American singer, songwriter, record producer, musician, and dancer. He is known for his stage performances, retro showmanship, and having a wide range of musical styles - pop, R&B, funk, soul, reggae, hip hop, disco, and rock. He has many good songs but the most famous are Just the Way You Are, Grenade, and The Lazy Song. A Musician and Singer cursor with Bruno Mars. 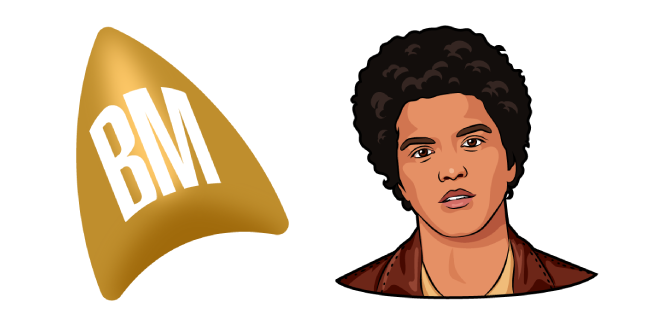