Ariana Grande is a beautiful American singer, songwriter, and actress who has a Grammy award. The music career of Ariana Grande began in 2011 with the recording of the soundtrack for the Victorious TV series. Further, in 2013, Ariana released her debut album Yours Truly, which debuted at number one in the US charts. The music cursor for a mouse with Ariana Grande and pink logo! 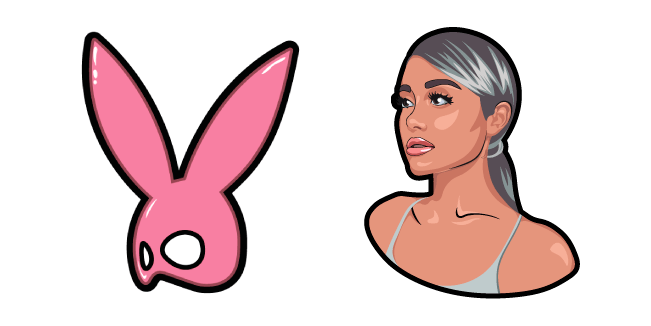