This tall and thin man with brown hair and a T-shirt with a long-sleeved jacket underneath is called Sheldon Cooper and he is a theoretical physicist from the funny TV series The Big Bang Theory. Sheldon is a very intelligent, selfish, socially, and an emotionally undeveloped guy who believes that humanity is lucky to live with him at the same time. Sheldon has an eidetic memory, encyclopedic knowledge in many areas of science, a high IQ, and he also loves comics, trains, contracts, and agreements. The Big Bang Theory cursor for a mouse with Sheldon Cooper and Comic! 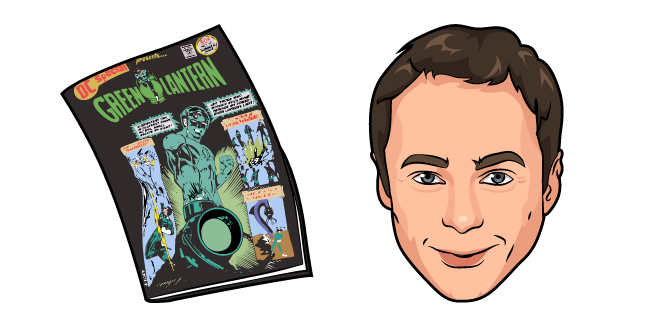