Soldiers are the armed enforcers in pink clothing who terminate eliminated players and prevent contestants from violating the Game's rules in the Squid Game Netflix series. They seem to be allowed to speak at specific moments, such as after the Special Round and accepting a request during Marbles. One of the Soldiers was portrayed by Yoon Yeong-geol. Squid Game cursor with pink Soldier movie pointer. 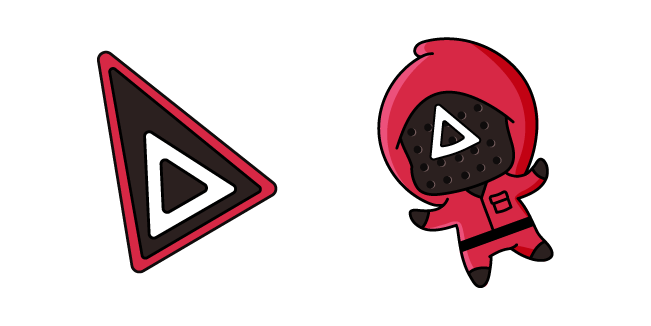 The Adventures of Milo and Otis Curseur

Lord of the Rings Gandalf the Grey Curseur

Lord of the Rings Frodo Baggins & One Ring Curseur