Kang Sae-byeok aka player 067 is a pretty calm and stoic contestant in a green tracksuit in the 33rd Squid Game, and one of the finalists of this competition. She was portrayed by HoYeon Jung. She entered the Squid Game to reunite her family by getting enough money for that. She has survived the first four games, and was going to complete the fifth game but was injured by the exploding glass at the end, and then killed by Sang-woo. She has trusted Gi-hun to take care of her brother. Squid Game cursor with fanart Player 067 aka Kang Sae-byeok. 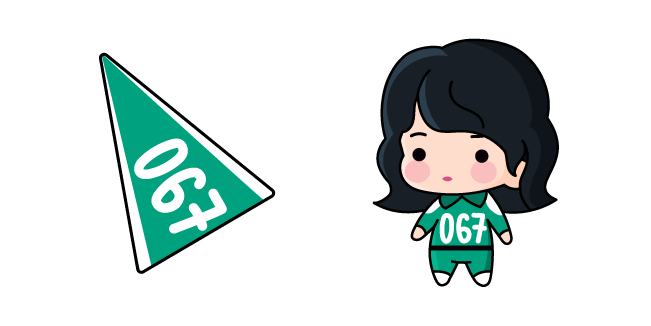