Nailed It! is an American TV series from Netflix that premiered on March 9, 2018. Nailed It! is a baking show competition where three amateur bakers get together and compete in copying complex delicious cakes and beautiful confection. The prize for this show is 10 000 dollars and a trophy. The series received critical acclaim and was even nominated for three Primetime Emmy Awards. Use these delicious and beautiful cupcakes as your TV Show Nailed It Cupcake mouse cursor! 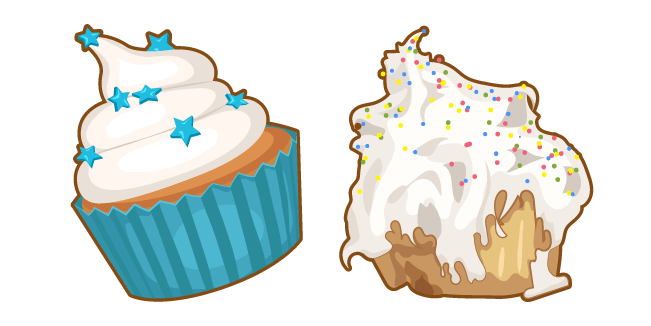