Lord of the Rings Aragorn II and Sword Curseur

Aragorn II aka Elessar and Strider is a son of Arathorn II and Gilraen, who was the 16th and last Chieftain of the Dúnedain of the North. He was later crowned King Elessar Telcontar, the 26th King of Arnor, 35th King of Gondor, and the first High King of Gondor and Arnor since the short reign of Isildur. He was a great Ranger and warrior, and as Isildur's heir, he bore the shards of Narsil. Lord of the Rings cursor pack with fanart Aragorn and Sword pointer. 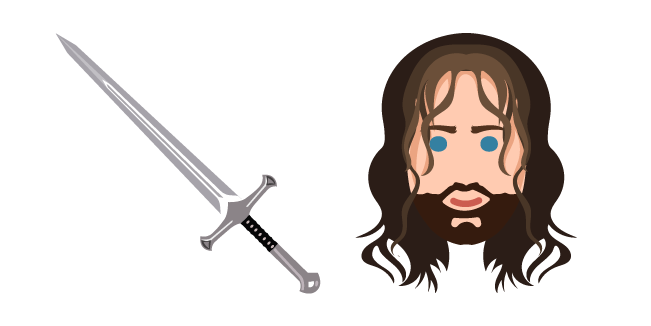