Daniel LaRusso is one of the main characters in the popular action movie The Karate Kid. He was a teenage high school student who was bullied, but a karate sensei taught him valuable life lessons and self-defense, after which Danny LaRusso is able to fight and win! By nature, he is a very friendly, open-minded, and brave guy who has a habit of always assuming the worst. A famous movie cursor for a mouse from The Karate Kid with Daniel LaRusso! 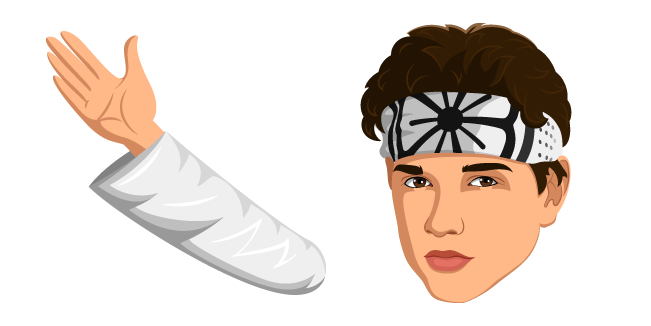 A Series of Unfortunate Events Count Olaf and Tattoo Curseur

Lord of the Rings Aragorn II and Sword Curseur