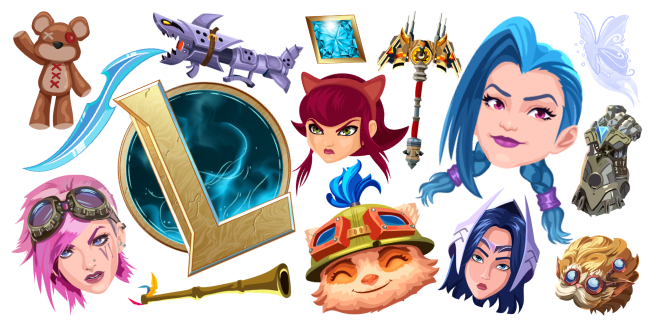 Arcane: League of Legends as a Netflix series became a world star among animated series at all, being admired by most critics due to its visualization, style, emotionally compelling plot, the psychology of the characters, and how it all worked through. Riot Games and Fortiche Production have been working on this project for about 6 years and its result is visible. This series was based on the characters aka champions from the multiplayer online battle arena game League of Legends, many of which you already can find in our fanart League of Legends cursor collection.

LoL was made by Riot Games and has its fictional universe with the very rich utopian city of Piltover and the poor undercity of Zaun, and they resist each other in battles with different champions like Ahri, Jinx, Vi, Heimerdinger, and so on. For now, about 157 LoL champions of many classes and types are available to play.

League of Legends is often considered to be the biggest electronic sport globally due to its annual LoL World Championships, which in 2020 had 45.9 million viewers. Because of its popularity, League of Legends has a lot of spin-offs like Legends of Runeterra, LoL: Wild Rift, Ruined King: A League of Legends Story, Teamfight Tactics, and some other games.

If you are a huge LoL fan and want to have these characters not only during the game but also during the day, you can have them as your fanart game cursor with Jinx and her Fishbones weapon, LoL cursor Teemo and Blowgun, game cursor with Heimerdinger, League of Legends cursor with Neeko, game pointer with Annie, cursor Vi and Hextech Gauntlet, Jayce and Mercury Hammer game pointer and much more is coming.