Using LEGO Spider-Man, fans of Marvel comics will be able to meet their favorite superhero in a red suit in real life and fight various criminals with him. Previously, Spider-Man was an ordinary guy who was bitten by a radioactive spider, after which he developed abilities and powers similar to spiders. LEGO Spider-Man can crawl up walls and release cobwebs to move on. The cool LEGO cursor for a mouse with Spider-Man and Web! 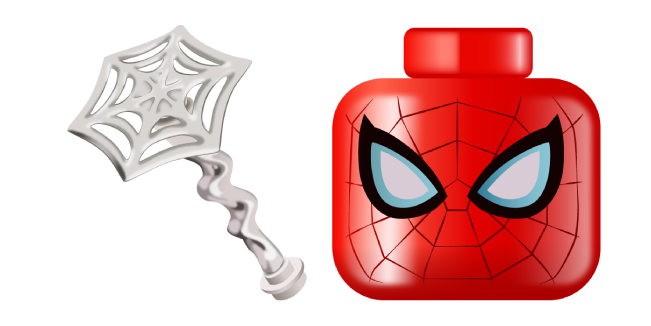