Meet Harley Quinn, a DC Comics supervillain who used to work as a psychiatrist until she fell in love with her patient Joker and became his assistant. Harley Quinn is also one of Batman's opponents, who can now be found not only in Gotham City but also in the LEGO cursor for a mouse! Our LEGO Harley has black and red hair, a playful and insane personality, and a baseball bat that she loves to use in combat. 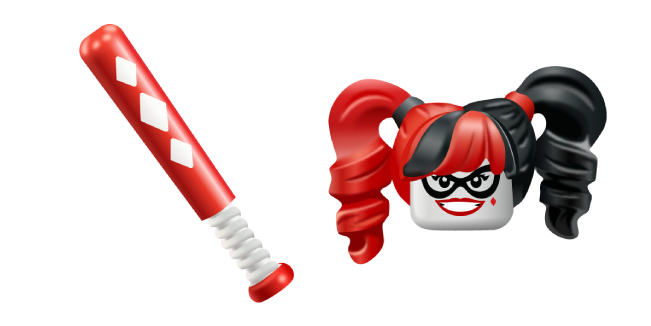